Home / Blog / A memo to the G8: Time to deliver on aid transparency

This is a joint post with Judith Randel, Executive Director of Development Initiatives, originally posted in Devex.

Last Saturday, the United Kingdom hosted a G-8 session specifically on Trade, Tax and Transparency — billed as the ‘3Ts’ event. This event highlighted the importance of transparency and accountability for development, and Publish What You Fund attended to ensure that aid remains part of the wider transparency agenda.

But as well as coming up with new ideas, we believe the G-8 leaders should use this opportunity to deliver on existing transparency pledges.

In January, British Prime Minister David Cameron set out his agenda for the U.K.’s G-8 Presidency in his speech to the World Economic Forum in Davos, explaining that his priorities would “focus on advancing trade, ensuring tax compliance and promoting greater transparency, in order to drive lasting global prosperity.” This placed a welcome spotlight on the importance of good governance for reducing poverty.

However, as noted in a recent blog by Kevin Watkins, this year’s G-8 is taking place against a new backdrop of austerity, recession and falling aid levels, which makes accountability on existing pledges even more important. With that in mind, the G-8 leaders could usefully recall two outstanding agenda items on which they now have the chance to deliver:

With a maelstrom of new initiatives and issues competing for the limelight in the lead up to the Lough Erne summit, and with increasing attention being paid to the tax and natural resources transparency agenda, we and our partners involved in the International Aid Transparency Initiative are urging Cameron and the other G-8 leaders not to lose sight of a key resource: The $126 billion in Overseas Development Assistance currently given by OECD donors each year.

Increasing the transparency and effectiveness of aid is a key ask from poor countries. Why? Because it can make a real difference: Empowering partner country decision makers to budget, spend and track precious financial resources more effectively, and allowing citizens to hold their governments to account. As you’ll have noticed if you have followed the activities of partner NGOs at Open Nepal Week, there is a huge appetite from developing country stakeholders to use the data provided through IATI to push for genuine change.

The good news for Cameron and his fellow leaders is that much of the hard thinking and political legwork on aid transparency has already been done. The G-8 (and many others), agreed to take action at the High Level Forum on Aid Effectivness in Busan, South Korea in 2011, where they committed to “implement a common, open standard for electronic publication of timely, comprehensive and forward-looking information on resources provided through development co-operation, taking into account the statistical reporting of the OECD-DAC and the complementary efforts of the International Aid Transparency Initiative and others.”

The format for the common standard has been agreed, and some G-8 members (including the U.K.) have made good progress in publishing to it. But there as some noticeable gaps: France, Italy and Japan are yet to set out their plans to publish the IATI components of the common standard and even though some G-8 countries have made good progress on this front, there’s still plenty to be done (see the IATI 2013 Annual Report for a detailed review by country).

At next week’s summit, we urge the G-8 leaders to reaffirm pledges made in Busan that they will fully implement the common standard, including all elements of the International Aid Transparency Initiative, by December 2015. It’s imperative that the world’s wealthiest donors meet this goal so they don’t fall short on promises they have made to developing countries.

Another win for developing countries with a stake in the global transparency movement would be if those G-8 members (France, Germany and Japan) who are so far absent from the Open Government Partnershipcommitted to join. The open government movement is gathering steam, and public support for access to open data as a means of monitoring budgets, public expenditure and tax revenues is growing. Many developing nations are making an active contribution to the OGP, so this is a good opportunity for the G-8 to “put their own house in order.”

Initiatives such as the International Budget Partnership and the Open Government Partnership, and standards such as IATI and the Extractive Industries Transparency Initiative, are garnering global support. But open data will only have a real impact on development in the poorest countries if supported by an enabling political environment — and that’s where the G-8, the world’s most powerful countries, can have a huge impact.

In the wake of the U.N. High-Level Panel Report on the Post-2015 Framework proposing a transformational agenda on transparency and a ‘Global Data Revolution’, there is no time like the present for the G-8 to be the game-changers and mobilise at the forefront of the open government movement.

We are hopeful about what the G-8 will commit to in terms of aid transparency. It’s a great opportunity. Watch this space. 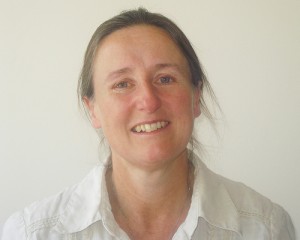 Judith Randel is the Executive Director of Development Initiatives. She is well known in aid community for her work on the future of aid and the practical changes that must be made to ensure progress on the aid agenda. She currently oversees a program to eradicate poverty through making aid more effective, by improving transparency and accountability on aid information.