Home / Blog / Happy To Be Drowning In U.S. Aid Data – Keep It Coming

Last week, it would have been much, much harder to answer questions like, “Who is USAID funding to do work in Kenya? What is that funding for?” Or more generally: “Who is getting funding to do what and where?” With the latest update to the Foreign Assistance Dashboard, finding the answers to those questions has gotten easier. This week, USAID took an important first step in keeping its promise on aid transparency, posting a vast amount of data – nearly 53,000 records – to the Foreign Assistance Dashboard. A few things make this update a significant improvement over the data that has been shared so far:

USAID is not the only U.S. government agency opening up its data in this way. The Treasury Department was the first U.S. agency to publish data in the IATI standard, with its Office of Technical Assistance (OTA) providing information on its current projects both in Excel and the IATI XML format. The Millennium Challenge Corporation (MCC) also joined USAID in publishing IATI data this week, providing detailed information on its compacts and threshold programs.

As Publish What You Fund has observed, both the Treasury and MCC datasets contain additional elements that make this data all the more useful. Treasury’s, for example, includes sub-national location information, and the MCC’s information on results.

There is a lot of progress to celebrate here, and staff at all three agencies – and the State Department’s Foreign Assistance Dashboard team – deserve much credit for bringing the U.S. government one big step closer to living up to its commitment to aid transparency. It took countless hours of work to get here, and much work still lies ahead – in terms of expanding the number of agencies publishing data (will the State Department be next?), improving the quality of the data published, and presenting the data in a way that will make it truly useful. In the midst of this well-deserved celebrating though, I hope we won’t lose sight of why this data is so important.

The real reason to celebrate is not the fact that thousands of records are now available; it’s that this data, or as I prefer to think of it, this step toward openness, lays the groundwork for more strategic, more informed, and more inclusive discussions about what we could be doing better with our assistance. This recognition that better data ultimately leads to greater impact is why foreign aid transparency has such strong bipartisan support in Congress, as illustrated last year by the unanimous 390-0 vote on the Foreign Aid Transparency and Accountability Act (FATA) in the House of Representatives. This bill, which was reintroduced last month by Reps. Ted Poe (R-TX) and Gerry Connolly (D-VA) and Senators Marco Rubio (R-FL) and Benjamin Cardin (D-MD), would codify the Foreign Assistance Dashboard and ensure timely and detailed reporting of data by all agencies that handle foreign assistance.

Data and openness are also preconditions for country ownership, the idea that local governments and communities should be the ones to lead their own development. Without good information on what donors are doing where and with who, ownership is not possible.

So kudos again to all these agencies. Publishing this data isn’t an “extra” task or yet another reporting requirement. It’s part and parcel of great development work. 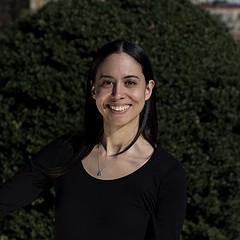 Laia Griñó is Senior Manager of Transparency, Accountability and Results at InterAction. Laia leads InterAction’s work on transparency – focused on both InterAction members and the U.S. government – and is responsible for data quality and standards for NGO Aid Map. Read more about her here.