One in five people still live below extreme poverty line of $ 1.25 dollars per day. The last decade has seen real improvements, not least in halving the number of people living in poverty, but the real tragedy is that it has not been enough and there is still much to do.

step forward in ending poverty for good.  But to do so it will need to marshal all the resources it can, and we in the development sector will all have to work to build the will and commitment to achieve it.

The current focus on other forms of financing and more systemic/structural issues – like tax, capacity building or global trade structures – is welcome and much needed, but fundamentally, much ‘traditional’ development work, like vital public services will still be funded by aid.  As it should be.  Developed countries have a historic responsibility to the developing world and aid is one of and the most obvious way in which we can meet that responsibility.

As the latest CONCORD-AidWatch report highlights, aid is a unique resource and can support work/accomplish things that other financial flows cannot.  Work to improve domestic tax collection or the investment environment is of course important but it cannot substitute for aid – particularly in those places that do not yet have the necessary tax base or infrastructure to appropriately manage investment.  Think about some of those places just coming out of years or even decades of internal conflict – creating a strong and fully-functioning state will be the work of years if not decades again.  In the interim, many of these countries are actually more fragile and more open to the kind of exploitation we would all like to eliminate.

And economic growth will not be enough[1] – growth is not a proxy for development and, as many examples from the last few years show, growth does not necessarily tackle poverty or inequality.  In fact, in some places it exacerbates it.  For example, Mozambique’s economy doubled in GDP per capita terms between 1998 and 2010, partly due to investments in extractive and other industries including by DFIs. Yet the number of people living on less than $2 a day actually increased in that time, from 15 million to 18 million.

Aid is the only global resource that is specifically and exclusively targeted at reducing poverty and inequality.  It helps to support the delivery of vital public services, including things like education that build potential for the future, and the long-term capacity-building and good governance necessary to build independence from aid.  Of course aid can be improved – and it should be more effective, which is why the EU does need to deliver on its aid transparency commitments by publishing to the IATI standard and by continuing to improve data quality and coverage in time for the Busan deadline of end-2015.

The current economic difficulties continuing to plague Europe in particular are, of course, a real challenge to this.  And I can understand the temptation to renege on our commitments or make them easier by tweaking how we define aid, but that would be a mistake.  Aid can help to support the kind of world we all want to live in – one that is fair and equal and one where no one is left behind. 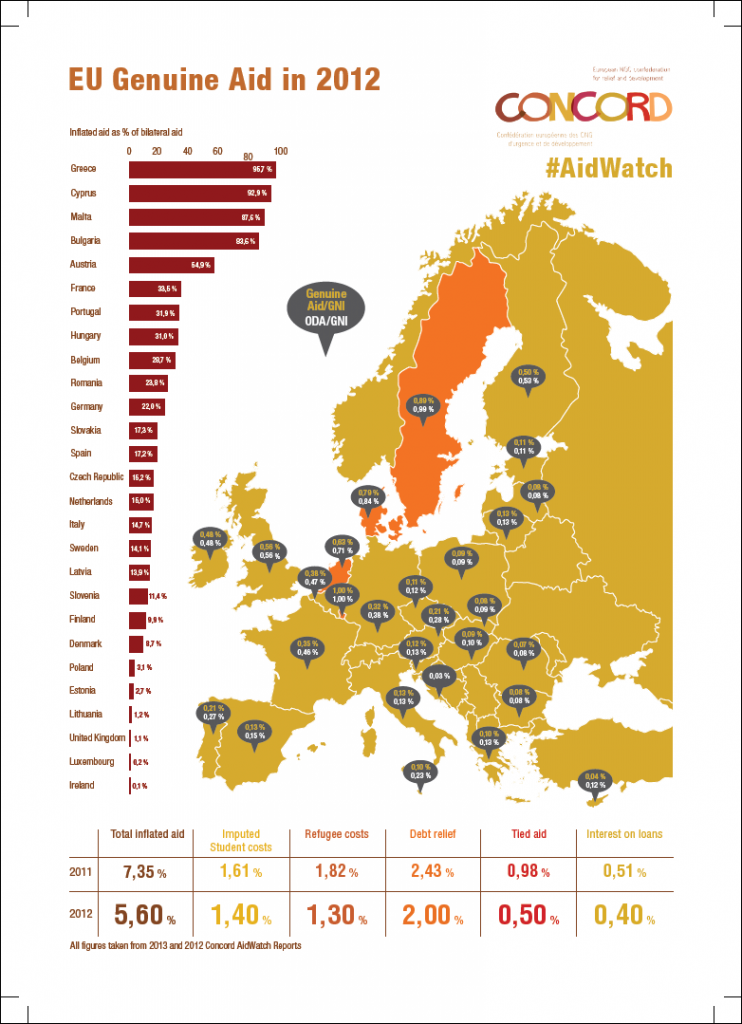