Yesterday, Oxfam America launched Foreign Aid 101 – a quick and easy guide to understanding US foreign aid that aims to clear up some long-held misconceptions about American aid. 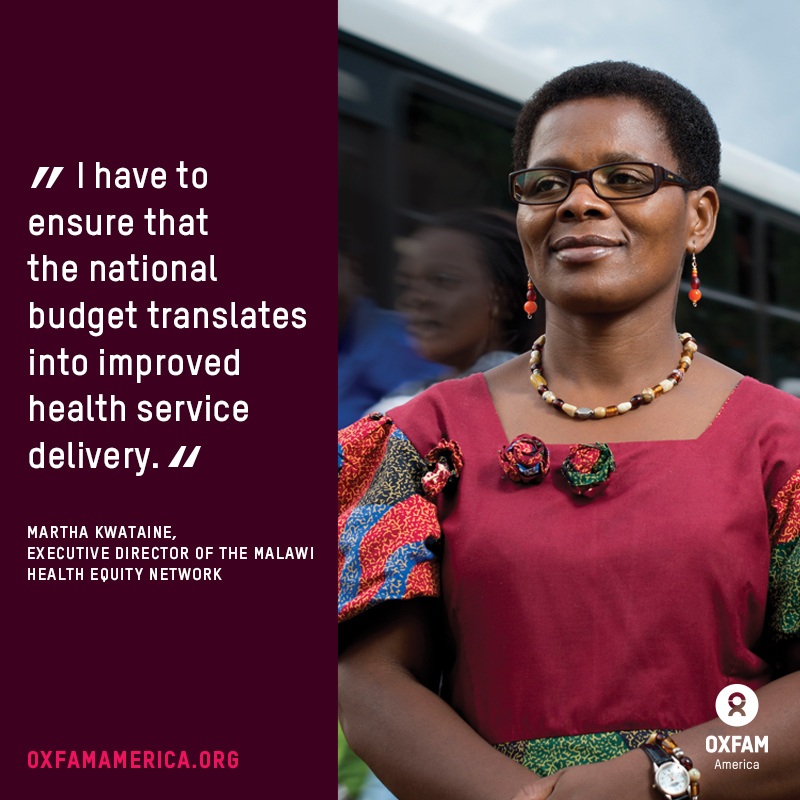 Encouragingly, it said that most Americans (80%) hold the view that developed countries have “a moral responsibility to work to reduce hunger and severe poverty in poor countries.”

But most people overestimate just how much of their taxes are spent on foreign aid, putting it at 30% of the federal budget (more than Social Security or Medicare).  In fact, the entire amount of devoted to poverty-focused foreign assistance was 0.7 percent of the US federal budget in FY2014. The US spent $23.4 billion on global development and humanitarian aid around the world in FY2014.

Here are 4 more things you might not know about foreign aid:

1)    Development aid is not just wasted by corrupt governments.

Most US development aid, or poverty-reducing foreign aid, is not even provided directly to foreign governments. About 85 percent goes through US-based government contractors and NGOs. Done right, foreign assistance can actually push governments to increase accountability to both their citizens and US taxpayers, building on the vast efforts of local leaders who are transforming their nations and neighborhoods.

2)     The vast majority of US citizens support assistance for people in poor countries.

Eighty-one percent of the US A 2010 poll of the Chicago Council on Global Affairs found 74% of respondents favoring “food and medical assistance to people in needy countries” and 62 percent favoring “aid that helps needy countries develop their economies.”

3)     The US ranks 19th behind other industrialized nations when you compare foreign assistance to GDP.

4)     Americans spend more on candy, lawn care, and soft drinks than the US government spends on development aid.

I think that just about says it all. 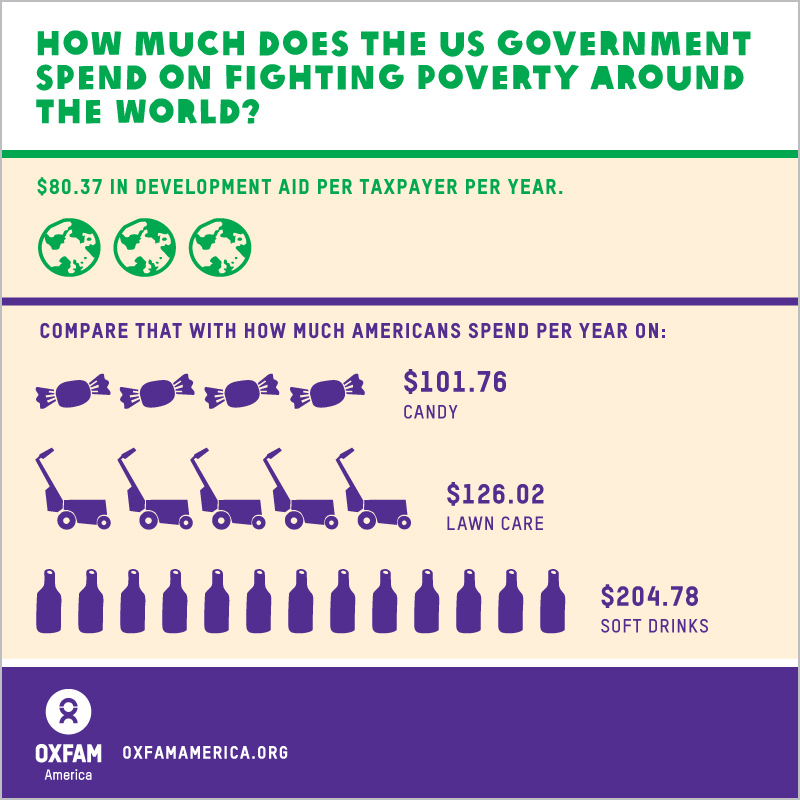