We recently joined civil society networks and organisations worldwide in calling for the EU’s new leadership to commit to close engagement with – and eventual membership of – the Open Government Partnership (OGP). 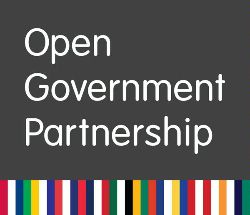 Since its launch in 2011, we have supported the OGP as a multi-stakeholder mechanism enabling participating countries to commit to making their governments more open, accountable and responsive to citizens.

The OGP process creates the opportunity for ambitious action plans for open government, co-designed by officials and civil society, followed by their jointly monitored implementation. Twenty EU Member States are currently members of OGP and some governments have incorporated their aid transparency commitments in their OGP National Action Plans, demonstrating real political commitment to fulfilling the promises they made in Busan.[1]

In many cases this has enabled governments to push through the necessary reforms to publish more timely, comprehensive and forward-looking data on all development flows in accordance with the IATI open data standard.

We believe that OGP participation will encourage all the EU institutions to uphold the same inclusion, transparency and accountability standards that they ask of others both inside and outside the EU. It will help bridge the gap between the EU and its citizens, and enhance the EU’s credibility in its international efforts to improve the quality of governance in third countries by empowering citizens through participation.

Recent European elections have shown the depth of voter disaffection with a distant and unaccountable EU. The structures and processes within the EU institutions are difficult for citizens to understand, and there is a widespread perception of a lack of transparency and accountability. EU institutions share or have responsibility for many of the powers exercised by national governments, and have gained further powers as a result of the EU’s response to the economic crisis.

As an innovative, participatory and ambitious initiative, OGP offers EU citizens a tool to demand improved accountability at EU level and an independent, qualitative and quantitative assessment of progress. This is why we are joining our civil society partners in recommending that the EU’s new leaders commit all the institutions to a more open, transparent and accountable European Union by joining the Open Government Partnership.

By the same token, we would like to see current EU members of OGP including stretching commitments on implementing the IATI open data standard in their National Action Plans.