Home / Blog / Aid traceability is a worthy goal, but it will take some time

“We will require organisations receiving and managing funds from DFID to release open data on how this money is spent in a common, standard, reusable format. They will need to require this of sub-contractors and sub-agencies – right through the aid chain.”

That was Justine Greening, UK Secretary of State for International Development, speaking in 2012 on DFID’s commitment to transparency.

The UK’s latest Open Government Partnership Action Plan put a date on this, committing DFID to “a requirement of IATI publication by the end of 2015 for all implementing partners.”

The goal is traceability: for British taxpayers to be able to track the flow of funds from DFID in London to a handpump in rural Tanzania or a primary school in Nepal, even where the funds pass through several different organisations on the way. The International Aid Transparency Initiative (IATI) and DFID’s Development Tracker website are the means to achieve this.

Personally, I think the top priority should be to make UK aid funds more accountable to people in Nepal and rural Tanzania rather than to UK taxpayers. But in this case the same approach can help meet both goals. The ambitious level of traceability that DFID is talking about would provide exactly the detailed disaggregation that would make the data useful to people in developing countries, and which most aid transparency work has so far failed to deliver.

DFID has been trying this out on three UK-managed schemes – the Girls Education Challenge (GEC), the Global Poverty Action Fund (GPAF), and Programme Partnership Arrangements (PPAs) (such as this one, for Christian Aid). The statements above, however, show that their plans go much further: “right through the aid chain”, and “all implementing partners.” It’s unambiguously comprehensive. 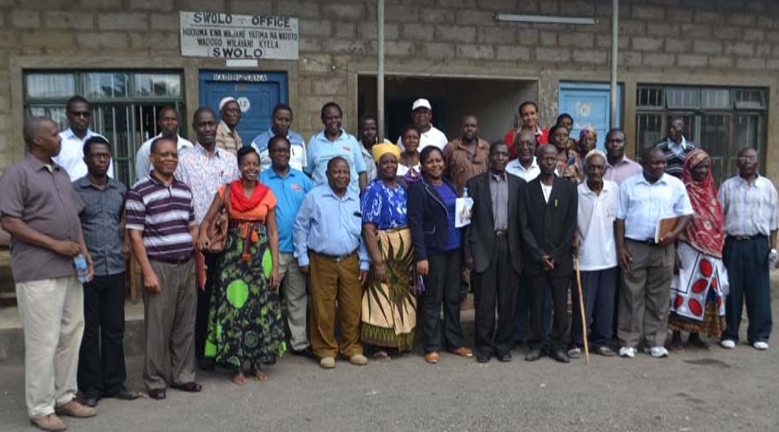 But what exactly does this mean in practice? Most particularly, what does the “aid chain” look like?

Well, the chain can be long. Three or four steps is probably the norm for aid that flows through NGOs: DFID -> PWC -> Oxfam -> Oxfam’s in-country partner, for example. Five or six steps is not uncommon. Each organisation will have to negotiate with whoever is giving them money and with whoever they are passing it on to. It will take a while for DFID’s requirement to filter through.

And the “chain” can be wide. The Foundation for Civil Society in Tanzania, for example, is part funded by DFID, but also by several other agencies. It channels funds to organisations working on improving governance in Tanzania; their grant database lists 727 recipient organisations. Many of them are no longer receiving funds, but there are other mechanisms in the same country, such as the AcT Programme, TMF and HDIF. All told, there are probably several hundred organisations in Tanzania alone included in DFID’s IATI requirement. Globally, there could easily be 20-30,000.

Many of these organisations are small. Publishing IATI data does not have to be difficult – it can even be easier for smaller organisations – and there are some very helpful tools around. But there are plenty of organisations in Tanzania that will have significant human resource, financial and technological challenges to overcome.

In the UK, DFID has funded Bond to support NGOs to publish IATI data, and there is a growing pool of trainers available. But there are only around 40 organisations listed as receiving funds from GPAF and GEC, plus a few more with PPAs. 20-30,000 organisations is another matter entirely.

I contacted some DFID staff in Tanzania, and some people working within the aid chain, and initially there wasn’t much sign that things are moving into place:

“A very good question – that I don’t know the answer to! Will try to find someone who does.”

“We have not received anything directly from the DFID Tanzania office to date.”

In fairness to DFID, however, this just means they haven’t yet begun rolling out IATI-based traceability through the delivery chain. Preparations are being made, drawing on the experience of Bond and others in the UK. Guidance notes, an online handbook and training materials are all in discussion, including materials and tools designed with small organisations and limited internet connectivity in mind.

Traceability is an excellent goal, and IATI offers the means to achieve it. I’m glad to see that the wheels are already turning. But I suspect it’s going to take a lot longer than “by the end of 2015” to deliver.

Ben Taylor (@mtega) works for Twaweza in East Africa as an Open Development Consultant. He writes here in a personal capacity and his views do not necessarily represent those of Twaweza.