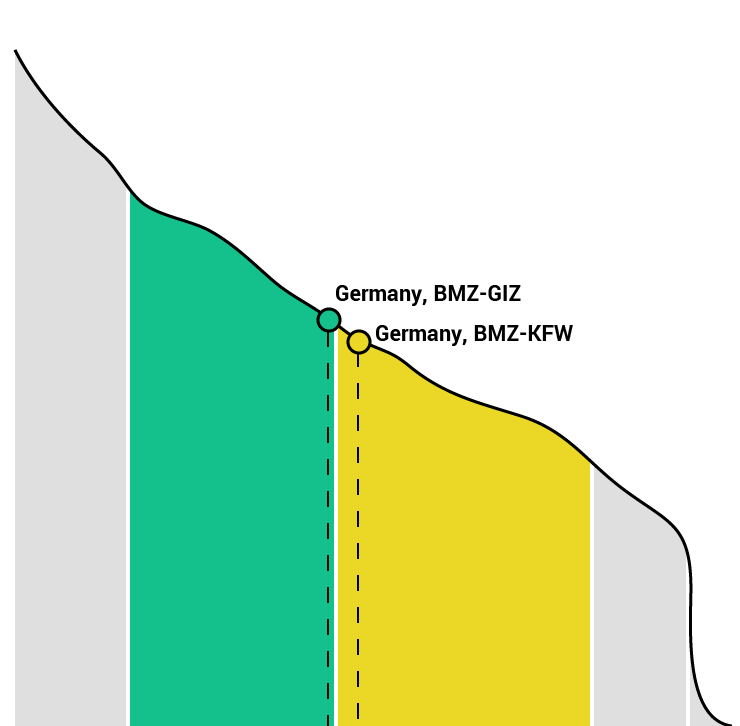 While BMZ-GIZ sits at the bottom of the ‘good’ category, BMZ-KFW ranks two places behind them and is placed in the ‘fair’ category.

Both German organisations have improved the frequency of their publications, from quarterly to monthly.

The two German organisations perform slightly below average for the organisational planning and commitments indicator. While BMZ-GIZ does not provide country strategies, BMZ-KFW makes them consistently available in non-comparable formats. BMZ-GIZ and BMZ-KFW are both performing above average for the finance and budgets, the project attributes as well as the joining-up development component. Neither of the German organisations consistently publishes sub-national location data. BMZ-GIZ performs slightly better on joining-up development data due to consistently publishing contracts and tenders. Neither BMZ-GIZ nor BMZ-KFW receive any points for the performance component.