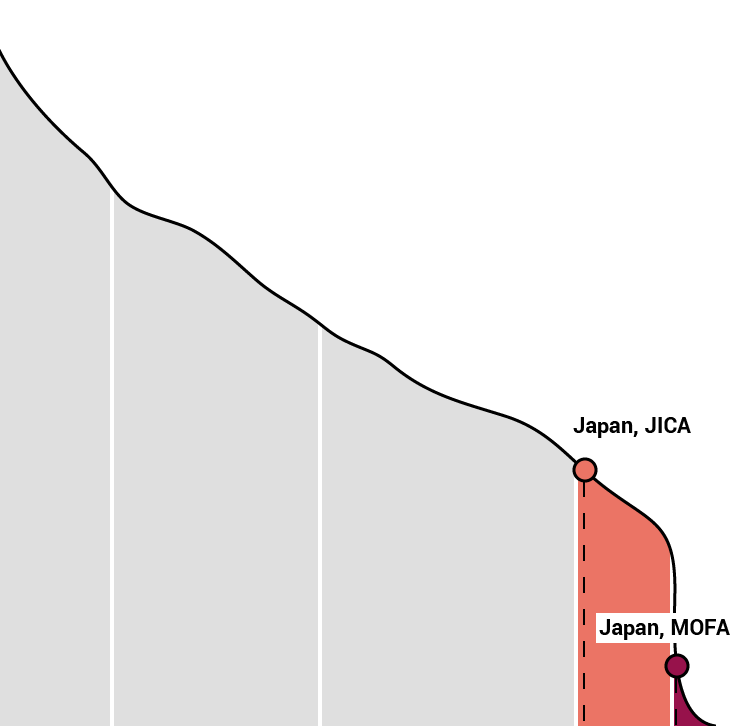 Japan-JICA publishes to the IATI Registry on a less than quarterly basis while Japan-MOFA is not an IATI publisher.

The two Japanese organisations score below average on all components. Japan-JICA’s best performing components are joining-up development data, organisational planning and commitments, as well as project attributes for which it receives around 60% of the total points. Out of the five components, Japan-MOFA performs best on the organisational planning and commitments component but severe information gaps exist for the other four. Japan-JICA is doing slightly better on the finance and budget component, as it is providing both commitments as well as disbursements and expenditures, whereas Japan-MOFA is publishing commitments information only. Performance is the one component where Japan-MOFA is doing better than Japan-JICA, due to consistently publishing objectives. Japan-JICA does not score on any of the performance indicators.